Fifth CD by the Billy Bros. Swing Orchestra, produced in October 2020, dedicated to the fantastic Black Orchestras who performed at the Savoy Ballroom in Harlem, N.Y., between 1936 and 1950.

Recorded in a vintage style, the featured 13 songs will make you travel through time with their irrepressible rhythm! Download the songs online Spotify or order the precious CD with illustrative booklet directly to our email address (Request CD).

Listen to some tracks

Listen to some tracks

Swing and Jump-Swing of the Black Orchestras: hard, thrilling and swingin '!!
The sonic impact and repertoire of the Billy Bros. Swing Orchestra are a unique experience that immediately drives you into the Savoy Ballroom, in full "Swing Craze". The Billy Bros. Swing Ork. is an elegant, flamboyant and crazy orchestra of nine Hepcats and a Lady, led by a visionary anachronist and stuck in Swing up to the neck. Since 1990 it has played in the best Clubs and Festivals in Italy, France, Switzerland, Germany, Spain, United Kingdom, Slovenia, Holland and Denmark. The band focuses on the repertoire of the Count Basie Orchestra and all the orchestras of the Savoy Ballroom in Harlem, New York, enriched by the choreography of Chester Whitmore (USA), by sprinkles of retro costume and culture, jokes, acrobatic numbers, and a great zoot-suit wardrobe!

The Billy Bros. Swing Orchestra was the only and official band of the Queen of Swing "Norma Miller" with whom it performed a European tour and an Italian tour. It has published 5 CDs (Italy, Germany, Japan), is boasts 6 compilations (Italy, England, Argentina, USA, Germany, France) and lists hostings in radio and television broadcasts from Vladivostock to Chicago. In 2017 it released the cd "A Swingin 'Love Fest" with Norma Miller; in 2020 the fantastic "Savoy Heyday" was released. 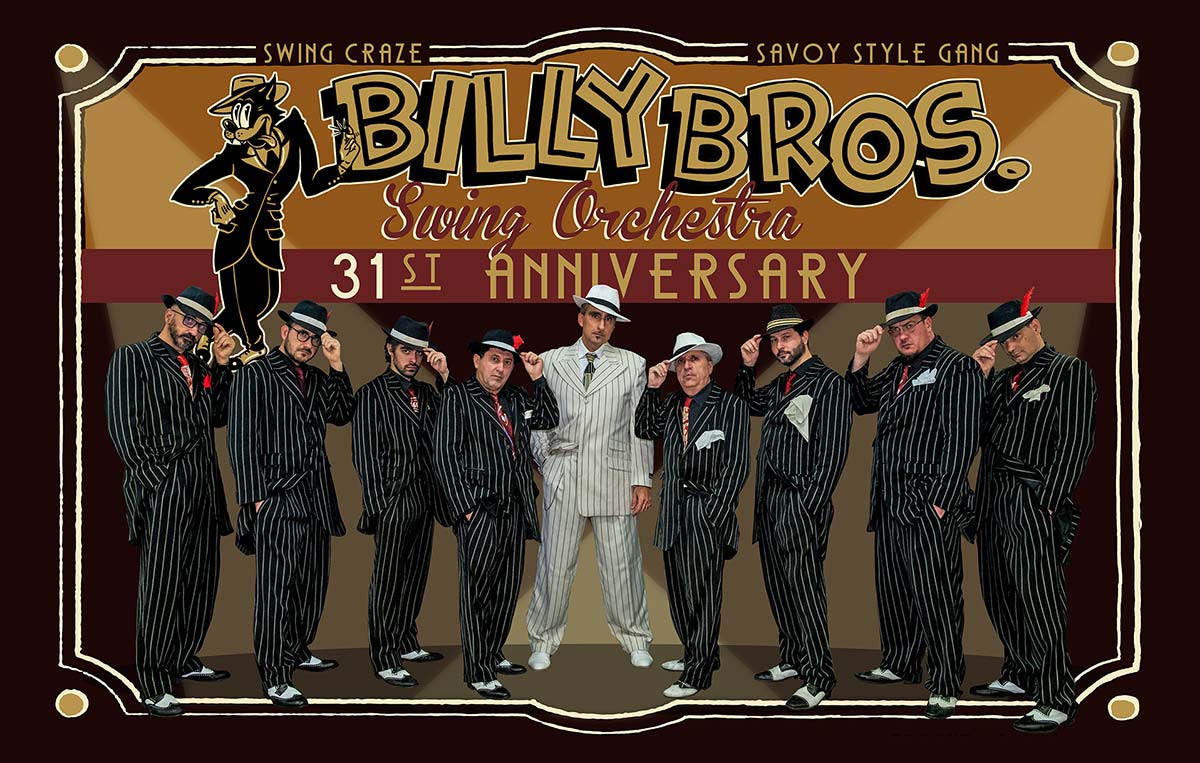 The new exciting project of the Billy Bros. Swing Orchestra with the extraordinary participation of Minnie Minoprio: "Minnie sings, Billy swings!"
The musical variety that traces the American and Italian traditions of the great show is back; a thirty-year journey with the great American composers and the fantastic Italian performers. "Minnie sings, Billy swings", and the dream comes true! 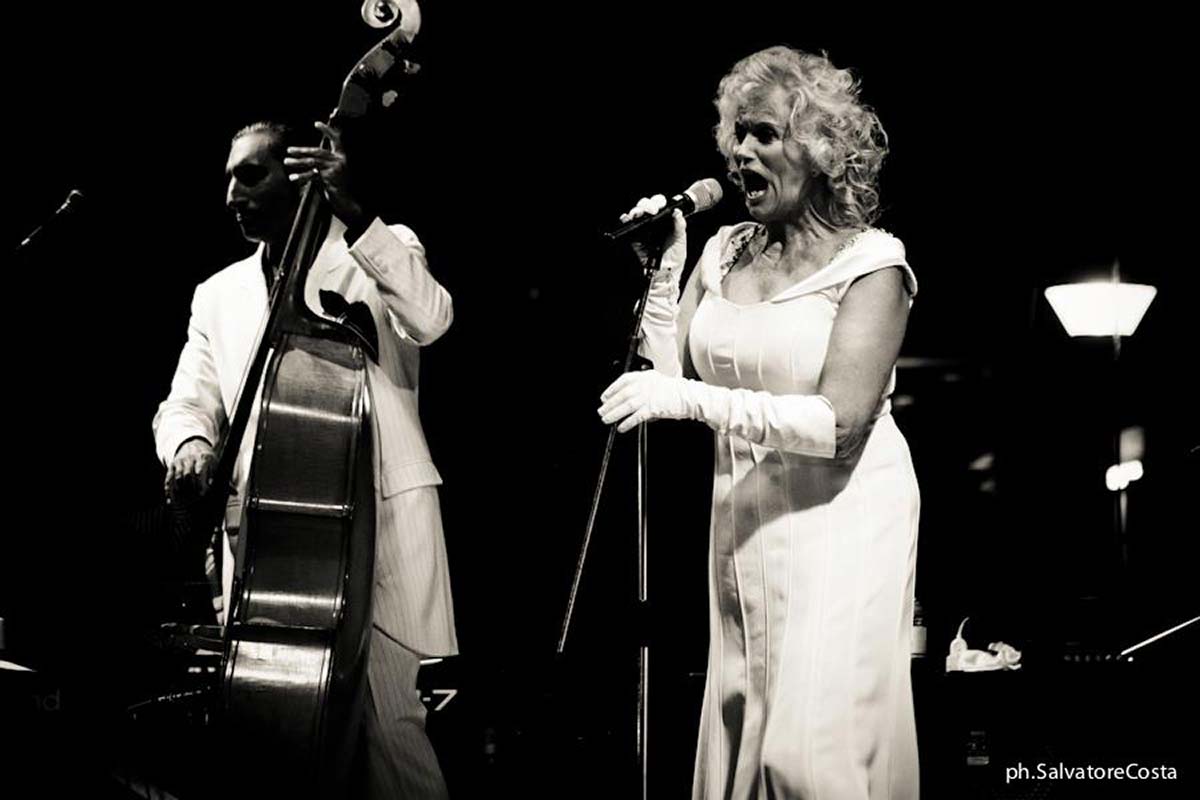 Get in touch with the Billy Bros. filling the form and we'll get back to you in a wink.